And then the Maccabees…

Judas shouted among the people, “Don’t collect the spoils yet! We still have some fighting to do!” And sure enough, as we looked up, some of the soldiers that had fled into the mountains were reappearing. But before they could do anything, we had burned all the tents in their camp, and the smoke rose like a huge pillar into the sky. If that didn’t scare them, seeing us wave our weapons and shouting probably did. They ran so far that they left the country.

So we returned and began collecting all the things they had left behind. We found gold and silver, and luscious blue silk. We even found purple dye from murex shells, and other incredible things. We felt like the Israelites when they plundered Egypt on their way out. We had just plundered the Greeks.

After this great victory, we all went home for a much needed rest. I was so happy to see my beloved Modin again. I knew in my heart that we would see Jerusalem very soon, so I rested. We sang songs of victory and thanked YHVH for His incredible goodness.

O sing unto YHVH a new song; for he hath done marvelous things: his right hand, and his holy arm, hath gotten him the victory.

YHVH hath made known his salvation: his righteousness hath he openly shewed in the sight of the heathen.

He hath remembered his mercy and his truth toward the house of Israel: all the ends of the earth have seen the salvation of our God.

Make a joyful noise unto YHVH, all the earth: make a loud noise, and rejoice, and sing praise.

With trumpets and sound of cornet make a joyful noise before YHVH, the King.

Let the sea roar, and the fullness thereof; the world, and they that dwell therein.

Let the floods clap their hands: let the hills be joyful together

Before YHVH; for he cometh to judge the earth: with righteousness shall he judge the world, and the people with equity.

Many of the women greeted us as we returned with dancing and singing. They lifted their tambourines above their heads and twirled around all in unison. What a beautiful thing to see YHVH’s people praising together as one! I lifted my voice with them and knew I would miss this if it was ever taken away.

But, of course, our rest could not last forever. Our job was not done, because some rather disgruntled Greek officers feared for their lives for not carrying out Epiphanies’ commands. They were determined to stop us, once and for all. After several weeks of rest, we heard that an army of sixty thousand men and horsemen was heading our way.

By now, I think I finally knew the Elohim I served. He had been faithful against all odds. I knew that no matter what happened, He was worth living for and worth dying for. When Judas called us to battle once again, I was ready, with no fear in my heart. What were sixty thousand men in the face of YHVH? My heart joined with Judas as he once again came before the great throne and asked YHVH to please fight for us. He asked that we be strong in heart and courageous. I prayed for the other men as well.

When the battle started, we killed five thousand men just like that! The rest of the army started to run! When we finally lost sight of them, Judas raised his voice, “Okay, boys! We got them on the run! It’s time to reclaim the Holy Temple. To Jerusalem!”

Get the whole story here.

I love the sophisticated decorating ideas for Chanukah at this site. I plan to make the yarn wrapped votive holders and the bottle top dreidles. 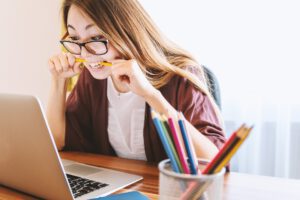 I am an author and mom of seven. I write books to help strengthen families and homeschool materials specifically designed for Torah keeping families.

So, this neck tu-tu actually works pretty well for

We are coloring our weekly command posters this mo

Some notes from my Beresheet Torah portion study t

Another great Sukkot evening around our campfire.

What a lovely start to Sukkot! We saw a rainbow wh

Happy Sukkot! May you have a blessed feast! #sukko

Did you get this month's verse list yet? The Octo

Wow! It took me all day to put the finishing touch