Vayechi means And He Lived. 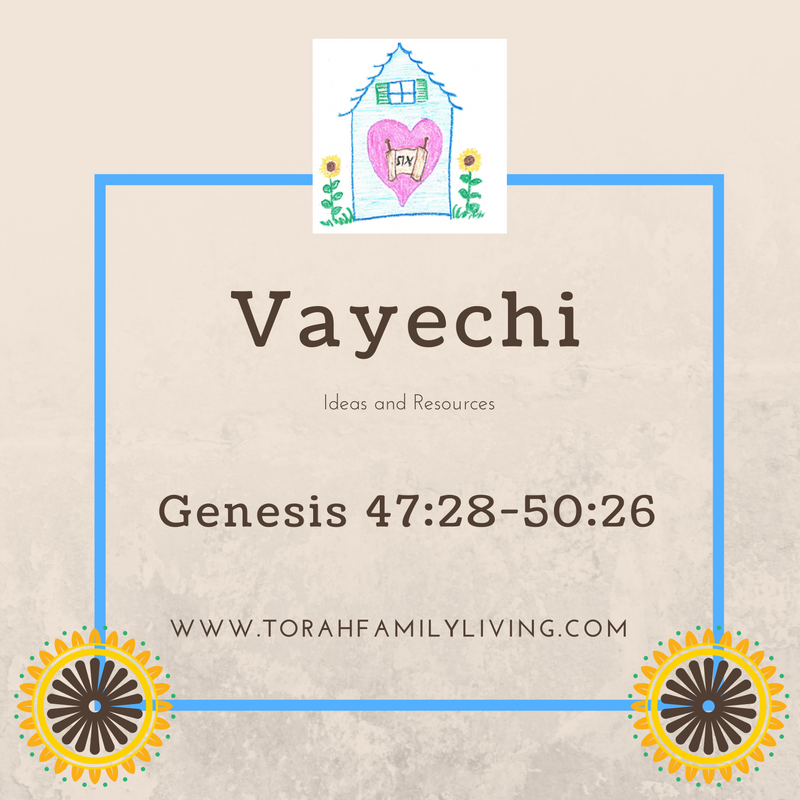 He asked Joseph to bring his sons, Ephraim and Manasseh.

Jacob was so happy to see Joseph and his sons.

He put his hands on their heads.

He put his right hand on Ephraim to give him the firstborn blessing.

He put his left hand on Manasseh.

Joseph thought this was a mistake.

But Jacob blessed Ephraim as the firstborn, and also blessed Manasseh.

Jacob also blessed all his sons.

Reuben was not given a good blessing because he had done wrong.

Simeon and Levi were reminded that their anger was not good.

Judah was given a blessing of leadership.

His children would be kings.

Zebulun would dwell at the seashore.

Issachar would be a servant working among sheep.

Dan would be a judge among his people.

Gad would defend himself well when attacked.

Asher would live in luxury with fancy foods.

Naphtali was compared to beautiful fawns.

Joseph was given great blessings.

Benjamin was compared to a wolf that chased after prey.

Jacob blessed each son and his blessing was passed down to his children’s children.

They embalmed and wrapped his body just like the Egyptians do.

Many people were sad when he died.

A great crowd carried him back to Canaan.

They wept for him many days.

Then they buried him in the same cave with Abraham and Isaac.

All the people returned to Egypt.

They thought Joseph would still be mad at them.

But Joseph forgave them.

He told them that Elohim worked it all out for good.

They did evil to him, but Elohim used it to save many people.

He took care of them for the rest of their lives.

Before Joseph died, he told his family that Elohim would bring them out of Egypt.

Elohim would give them the land promised to Abraham, Isaac, and Jacob.

When they left, they were to take his bones back to Canaan.