I love seeing my family work as a team. In Torah, the most important unit is the family. We must work together effectively as a strong family. So we look for every opportunity to practice. 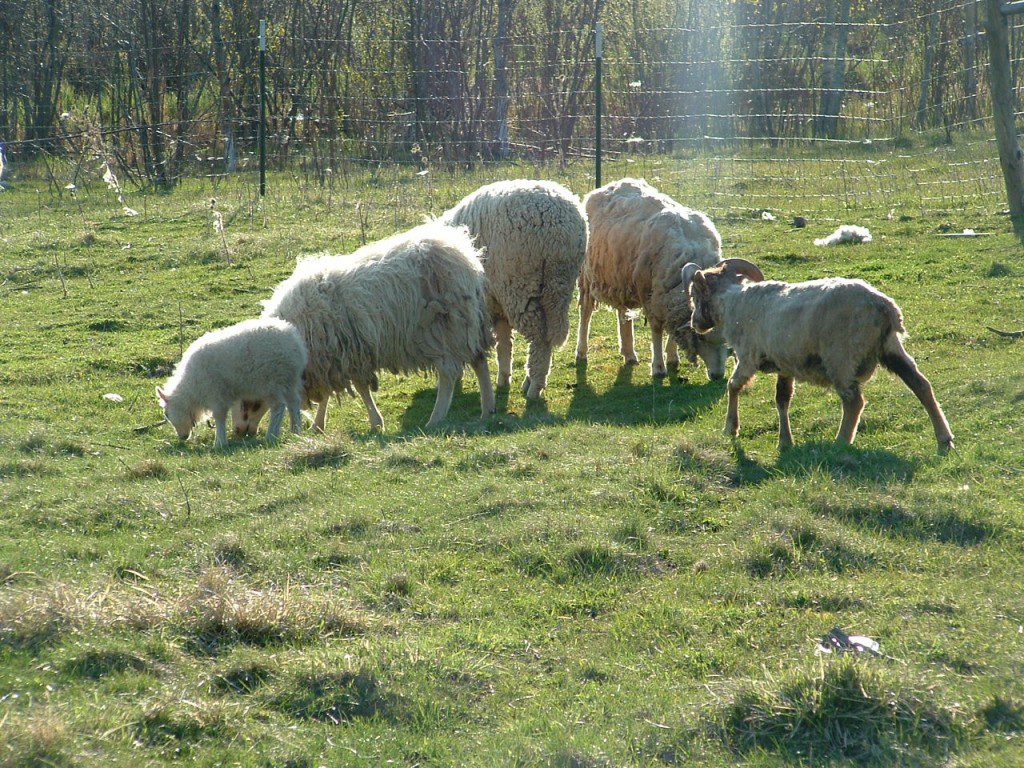 This evening, I needed to bring the flock back in from the front pasture. This can be done alone, but it’s a job. Doug offered to help me, but then we tried to figure out who would stay to watch the littles and who would come and help. Doug decided we all would go. So everyone suited up. I strapped Noah on in the mei tai carrier. Doug put Elisha in the backpack carrier. And off we went.

We assigned posts. Naomi, not very good with the animals, was put in charge of closing the gate once the animals were in. She got herself ready and out of sight.

Next we assigned Holly to the woods. Her job was to keep the sheep and goats from straying into the trees where they are much harder to drive. She headed out and picked her spot.

Sadie was given a “job” sitting by the sukkah to “help” keep the sheep moving. Not a super important job, but she felt very useful.

Doug, Isaac and I headed out to get behind the flock and start driving them back. We moved with such precision it was like a military operation. Isaac was left filling the last gap so the sheep would head in the right direction. I got behind the animals and Doug went up to the goats. The goats are very tame, so he actually began leading them back, and I pushed them from behind.

I called out orders like “Isaac, stand your ground,” and “Holly they’re heading your way.” Doug had to run a bit to keep ahead of them, which was fun with Elisha twisting around to see the animals chasing him lol. Once we got to Sadie, she was full of excitement for doing her job just right!

Doug led the animals right through the gate, and Naomi and Holly got it shut. Yay! Job well done!

How is your family learning to work as a team? Do you have special jobs you do together?