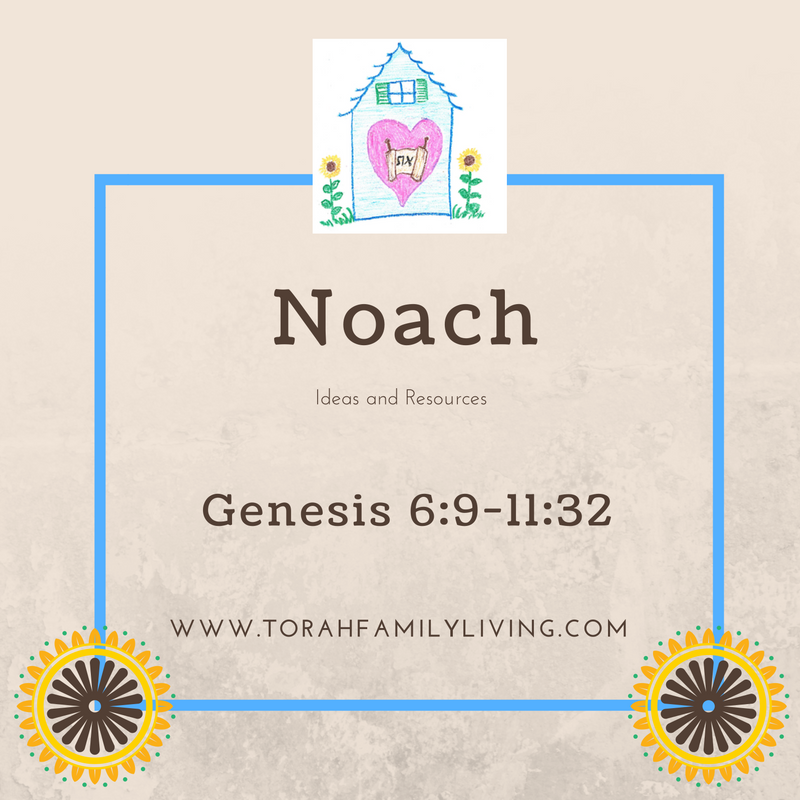 But He had special plans for Noah.

He told Noah to build an ark, a big boat.

He told Noah to bring lots of food on the ark.

Noah and his family would be safe.

Two of every kind of animal would be safe.

Seven pairs of all kosher animals would be safe.

Kosher animals are good for you to eat.

Noah did everything Elohim said.

Rain came over the whole earth.

The rain covered the whole earth.

The rain went above the highest mountain.

After five months, the ark landed on Mount Ararat.

Noah sent a raven to check for dry land.

The raven never came back.

Noah sent a dove to check for dry land.

The dove came back because there was no dry land.

Noah sent the dove again to check for dry land.

The dove came back with an olive leaf.

Noah sent the dove one more time to check for dry land.

The dove didn’t come back.

Noah and his family finally came out of the ark.

They had lived in the ark a whole year.

All the animals were happy to find new homes.

Noah gave a gift to Elohim, called an offering.

He wanted to say thank you to Elohim for keeping his family safe.

Elohim blessed Noah and his family.

He told Noah they could eat plants and kosher animals.

He made a special promise to Noah.

He promised to never destroy the earth with water again.

He sealed His promise by putting the first rainbow in the sky.

They traveled and started many cities.

They went to the land of Shinar and decided to build a city all together.

They built a tower in the center.

They wanted to show Elohim that they did not need Him anymore.

This made Elohim very sad.

So He gave all of them different languages.

They could not understand each other.

They could not build the tower anymore.

So they spread out and started new cities and countries.

This is where all our languages came from.

There were more children and grandchildren.

One important grandchild was Abram.

He had a wife named Sarai.

She did not have any children yet.

But Elohim had special plans for Abram and Sarai.

Each week we decorate a door in our home to represent the week’s Torah portion. Here is our Noach wall. Follow along on Instagram, and share your Torah portion walls with the hashtag #torahportionwall. 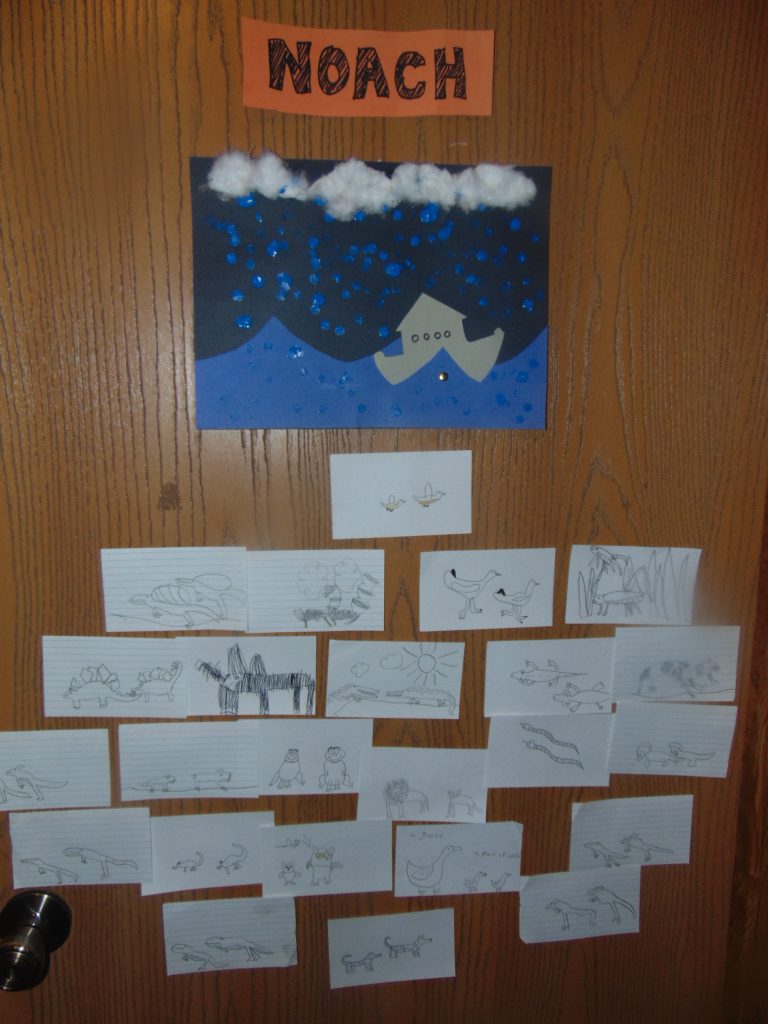 Having trouble keeping track of the Torah portions? Sign up below to get our free Torah portion printable, as well as lots of other cool freebies. You’ll also be kept up to date on more helpful blog posts when they are posted.