Vayetze means And he departed. 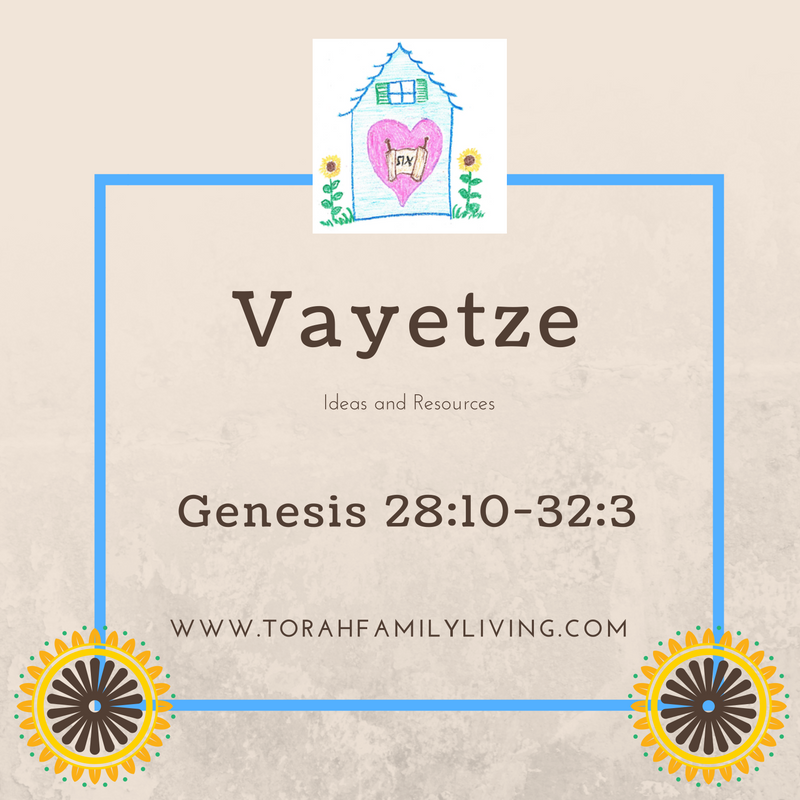 Jacob traveled towards his mother’s family.

On the way, he stopped to rest.

He had stones for his pillow and slept out under the stars.

He had an amazing dream.

He saw a ladder going up to heaven, with angels on it going up and down.

Elohim came to him and said, “I am YHVH, the God of your fathers, Abraham and Isaac.

I will be with you and bring you back to this land.”

Jacob believed Elohim and promised to trust and follow Him.

When Jacob got to Paddan Aram, he came to a well.

Rachel, from his mother’s family, came with her sheep.

Jacob watered her sheep and gave her a hello kiss.

Jacob stayed with Rachel’s family and began to help with their work.

Laban, Rachel’s father, asked Jacob what he wanted as pay for his work.

Laban said Jacob must work for seven years to marry her.

After seven years, their wedding was planned.

But Laban played a trick on Jacob.

So Laban gave him Rachel, too.

First, she had a boy, Reuben.

Then she had another boy, Simeon.

Then she had another boy, Levi.

And she had one more, Judah.

Rachel could not have any children.

So she came up with her own plan.

She gave her handmaid, Bilhah, to Jacob for another wife.

This was not Elohim’s plan.

Elohim wants families to have one dad and one mom.

Leah came up with her own plan, too.

She gave her handmaid, Zilpah, to Jacob for another wife.

Leah had another son, named Issachar.

Then she had another son, named Zebulun.

Then she had a daughter, named Dinah.

Rachel finally had a baby!

She had a boy, and she named him Joseph.

Jacob wanted to go back to his own home.

But Laban wanted him to stay.

So Jacob agreed to stay, if he could have all the spotted sheep and goats.

Jacob soon had many sheep and goats.

But Laban did not treat Jacob fairly.

So Jacob took his family and his flocks and left.

Laban came to Jacob to say goodbye to his family.

Jacob and Laban agreed to be kind to each other in the future.