Vayeshev means And He settled. 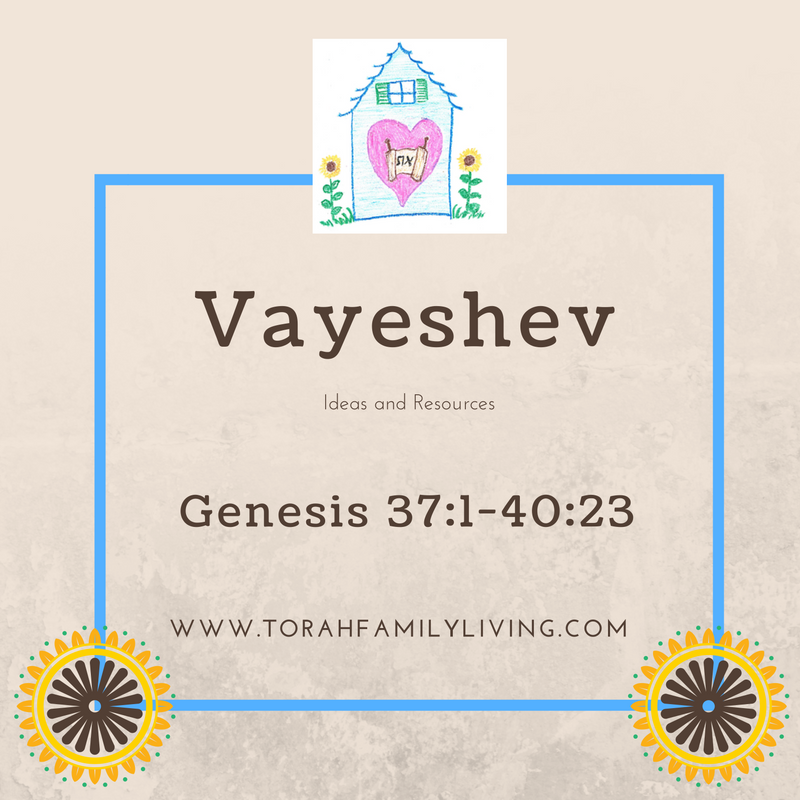 Jacob now lived in the land of Canaan.

He had twelve sons, and daughters.

He was given two dreams about his brothers bowing down to him.

When Joseph told his brothers his dreams, they became very angry.

He was also given a special coat from his father.

This made his brothers hate him.

One day, Joseph went to check on his brothers in the field.

They wanted to get rid of Joseph, but not kill him.

So they grabbed him and threw him in a pit.

His brothers planned to sell him as a slave.

Some traders lifted Joseph out of the pit.

They sold him into slavery in Egypt.

The brothers were in big trouble now.

They made up a lie to tell their father.

They tore Joseph’s coat and smeared blood on it.

He was very sad and cried for many days.

Joseph was taken to Egypt and sold as a slave to a man named Potiphar.

Elohim helped Joseph to be good at what he did.

Potiphar could see that Joseph was good at everything he did.

Potiphar put Joseph in charge of his whole house.

Joseph was very good at this job.

But Joseph had a big problem.

Potiphar’s wife liked Joseph and tried to get him to do wrong.

She flirted with Joseph every day.

Elohim helped Joseph to obey and do the right thing.

One day, Potiphar’s wife screamed and pretended that Joseph tried to attack her.

This made Potiphar mad, and he put Joseph in prison.

The prison guard saw that Joseph was good at everything he did.

He put Joseph in charge of all the prisoners.

One night, two prisoners each had dreams.

One man was a butler.

He brought drinks to the Pharaoh, the king of Egypt.

The other man was a baker.

He made bread and treats for the Pharaoh.

They told Joseph about their dreams.

The butler dreamed that he had three bunches of grapes.

He made juice and gave it to Pharaoh.

Joseph knew that in three days, the butler would get his job back.

The baker dreamed that he had three baskets of bread.

The birds ate them all out of the baskets.

Joseph knew that in three days, the baker would be killed.

The dreams came true, and Joseph asked the butler to remember him.