Behar means On the mountain 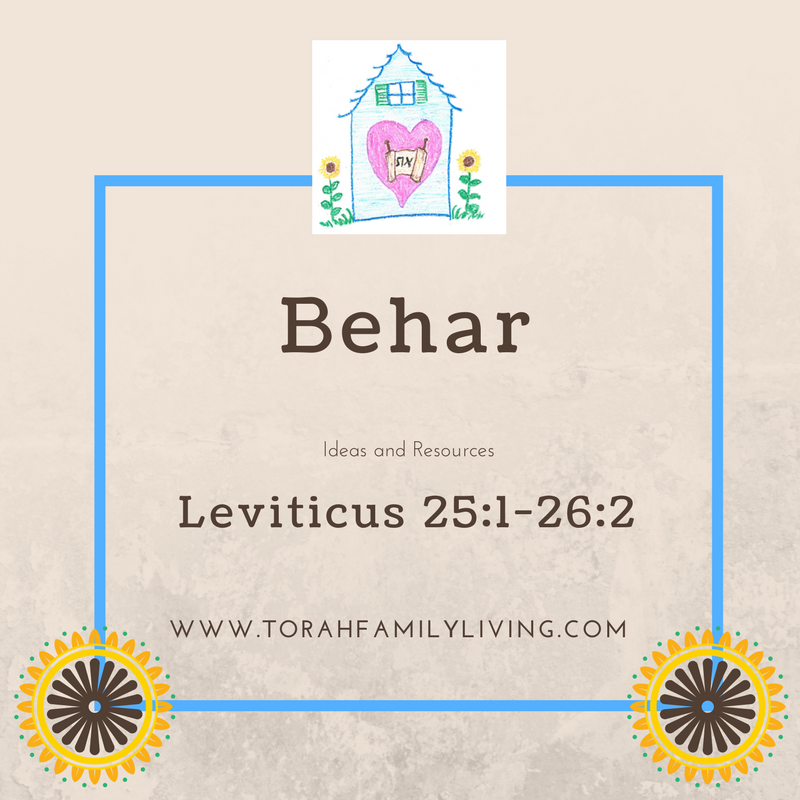 We plant and harvest, prune and gather fruit for six years.

On the seventh year, we do not plant, harvest, prune or gather any fruit.

The land is allowed to rest.

We do not even gather plants that grow by themselves.

But YHVH promises that when we let the land rest, there will be enough food for us.

There will even be enough food for our animals.

YHVH also gave us a wonderful thing called the Year of Jubilee.

On the fiftieth year is the Jubilee.

The trumpet is sounded on Yom Kippur before the Jubilee.

Jubilee is a year of freedom and fresh starts.

On that year we let the land rest, and do not plant or harvest, but we can eat the crops in the field.

If someone had sold their land, they got it back in the Year of Jubilee.

YHVH promised that there would be enough food for everyone when they kept the Jubilee.

They would harvest in the sixth year.

It would last through the seventh and eighth years, until the harvest was brought in on the ninth year.

The land of Israel belongs to YHVH, so He did not want it to be sold away from His people.

It was not to be sold forever to a stranger.

In the Jubilee, it was always returned to the original owner.

If someone became poor and had to sell his property, a relative could buy it back for him.

This would keep the land in the family.

If someone sold a house inside a city, he had one year to buy it back.

If he didn’t buy it back in a year, it would not be returned to him.

But if he sold a house in the country, it would be returned to him with the land.

The Levites could buy back houses in walled cities, because that was their inheritance.

If someone became poor, his relatives were to care for him.

They were not to make money from him, but simply provide for his needs.

If the poor person sold himself as a servant, he was to be treated fairly and with respect.

He was released in the Year of Jubilee.

The Children of Israel belonged to YHVH, and He did not want them sold as slaves to another people like they were in Egypt.

Torah teaches us how to do that.