As our story draws to a close… As we approached Jerusalem, I got that same sick feeling I had gotten when we came up with my Father, many moons ago. Jerusalem was still completely desecrated. No children played in the streets. The shrubs were overgrown like a jungle and the gates were torn down. We […]

We love music, particularly around feast days. Here are some of our favorite songs for Chanukah. We hope you enjoy them. 🙂 You can get more Maccabeats music here. And you can get more music from the Yeshiva Boys Choir here. Have a happy Chanukah!

And then the Maccabees… Judas shouted among the people, “Don’t collect the spoils yet! We still have some fighting to do!” And sure enough, as we looked up, some of the soldiers that had fled into the mountains were reappearing. But before they could do anything, we had burned all the tents in their camp, […]

We continue our story… We all gathered at Maspha, along with any like minded believers we could find. We had often gathered there to pray in the past, and we knew we’d be doing plenty of it now. Odds had been against us in the past, but this time I thought it seemed much worse. […]

And then… Judas took over as our captain, just as Father told him to. We fought many battles, so valiantly and fiercely that the enemy began to fear us. So Judas played the part. He put on armor and flashed a huge sword, so that he looked like a giant! And the enemy believed it. […] 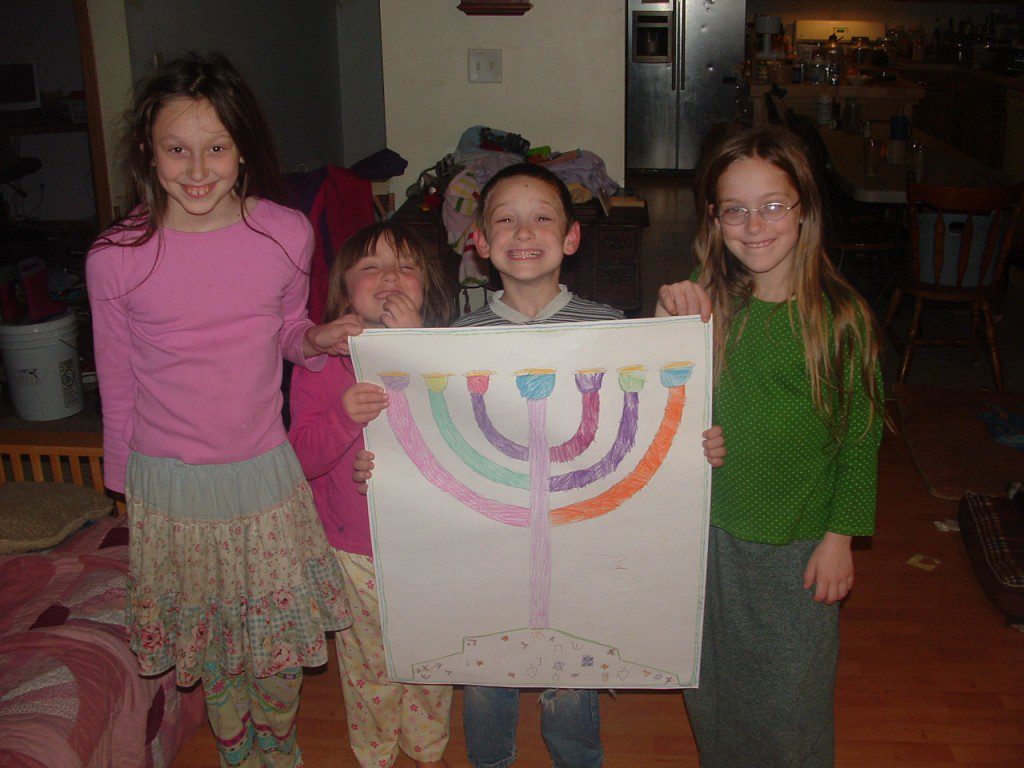 Meanwhile, back with the Maccabees… We took several more cities, and knocked down the pagan altars. Israel was beginning to follow the Torah again. My Father walked with his head high, proud to lead the people back to righteousness. I remember one day he was planning an advance on a city with Judas, and a […]

The story continues… I began loading the donkeys again. I was getting good at that. But unlike our trip to Jerusalem, I was very excited about this trip. We were going to nearby Gophna. There was a smaller number of soldiers there. We had one goal. Remove the enemy, and help the people begin following […]

The Maccabee story continues…   The towers were strange and the large stone walls were defended by Greek soldiers.  The beautiful city of David had been destroyed and rebuilt.  It looked like a scary fortress, rather than the city of Elohim.  A pagan altar at the end of the street and strange smells made me […]

Our tale of the Maccabees begins….   My name is Jonathan.  I have four brothers, Simeon, Eleazar, Joannan, and Judas.  When I was young, terrible times came to our people.  We were told we could no longer obey the precious Torah of our fathers.  A strong and mighty, but desperately wicked king named Antiochus Epiphanies […]

Our home is in full gear getting ready for Chanukah. We are planning the treats we will make and counting down the days. There has been some controversy about Chanukah because it is not listed as a biblical feast. The “miracle” of the oil cannot be substantiated with historical evidence. The nine candle menorah is […]